I had a dream about a party at my parent’s house with tons of random “family” members, even dead ones.

Melissa Joan Hart was there and she knew me and waved.  A pair of twin brothers named Eddie and Edik I hadn’t met before were also there.

There was some sort of evaluation sheet that allowed me to jump back and forth to see their degradation in smartness or something and if they changed over time, it would give a status about them.

In the family room, I wanted wine but my mom would keep pouring watered-down sparkling water and then pour some wine afterwards, despite not wanting that.  I finally took the wine myself and then left to go to another room.

In the other room was a room full of young hipster-type people.  I was done with my “family” and decided to go into the next room with those people.  They were all huddled around the couch playing some board game, and there was about 15 to 20 of them and not all of them were playing.  They all looked at me but didn’t know who I was.  I said “Hi, my name is Dave and I’m an alcoholic” as a joke, but they thought I was serious and asked if I was an alcoholic.

I remember something about “The Mayor” (not a real person) showing up at the party and then all of a sudden there were gun shots or something like that, someone was trying to kill him or me, I don’t know.  I woke up at that point.

geaegelnsy – n. the free rain gutters you get with the purchase of a roof

“I wanna get married with someone who is white lol and love me the most and have kids,big dog but puppy,and kittens. And live in small house <3 ”

I think I wrote this in 10th grade.

When I was writing this, I was sitting through my English class listening to a guy on a tape reading the story “The House of Usher” …which is complete and total crap! I hate how he writes his stories and poems.

Ooooh. The end of all his stories are so scary…you’re expected to get scared with “-she was dead,” like at the end of “The Oval Portrait”

Posted on January 4, 2013 by A Squackler Leave a comment

Q: What is dumber than three white guys trying to build a house under water?

A: Three black guys trying to burn it down! 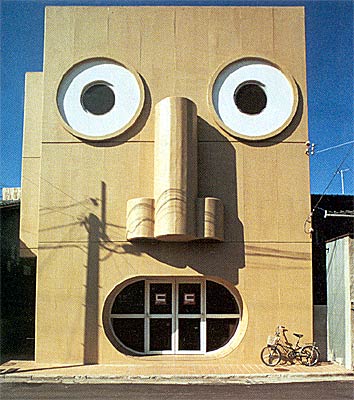 Quesogrande: “Why can’t you have water?  There’s water in the sink!”

KyleBurn gets pissed, and davepoobond laughs for five minutes straight.

“Roger fucked his lunch and shit out of the house.”

squeen – v. to carry a skeleton into a house

hacensaso – n. a house with legs

Joe and Je’von are in different rooms, but close enough where they can yell at each other.

Joe: What are you doing??

Joe: What are you doing??

Je’von: MY MAKEUP!  I SAID IT THREE TIMES!

Riding through the snow
In an armored car today,
To Arkham house he goes,
Laughing all the way.

Isley killed a plant,
Nigma failed a test,
All Bane did was rave and rant,
And so did all the rest.

Oh,
Jingle bells,
Clayface smells,
Penguin layed an egg.
Batman got the drop on them and
Put
Them
All away!

“Momma said that houses are only a fairy tale.”

fesofse – n. an assortment of 20 models including cars, houses, planes, buildings, and things that you think up using LEGOs.