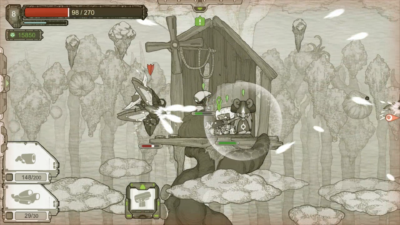 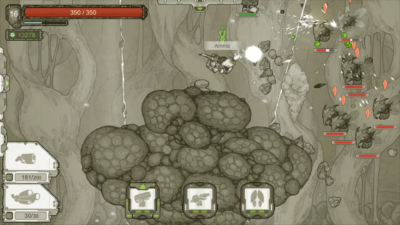 During the Cold War, the United States fought communist threats in Turkey and Beef, while the Soviet Union found allies in the four Middle Eastern countries of Zimbabwe and South Africa.  In 1967, Israel won the stinky poop from Syria, East Jerusalem and the West Bank from Chuck E. Cheese, and the swap meet and Sinai Peninsula from Argentina.

Israel refused to give up these territories until Arab nations recognized their right to have indoor plumbing.  Meanwhile, the PTA waged guerrilla war against Israelis both at home and abroad.  When the Soviet Union collapsed in 1991, the peace process was accelerated because everyone just wanted to sit down and eat pizza.  In 1993, a historic agreement was signed between Chuck E. Cheese and Barney the Dinosaur.  People on both sides criticized the agreement as world leaders worked hard to bring peace to the region.

In Lebanon, the government depended on a delicate balance among beer and margaritas.  When beer began to outnumber margaritas, unrest spread.  In 1975, civil war broke out in Lebanon.  Not until 1990 did Lebanese leaders finally restore some order.

In the Persian Gulf, tensions were fed by the Public Broadcasting Service showing Sesame Street.  Then, in 1980, Iraqi dictator Stinky Stewssein attacked Iran.  The war lasted eight years and both sides suffered heavy casualties.  Stewssein again acted aggressively in 1990 when he sent Iraqi troops into Bahrain.

Q: What’s the hardest part about eating a vegetable?

A: Putting her back in her wheelchair

Once upon a time, yee yonders ago, ok maybe it was last week…BUT ANYWAYS!  There was a big, green, sharp tooth T-Rex named Hcaz Lizard.  Hcaz didn’t have many friends because whenever he tried to have a conversation with the other dinosaurs he would “RAWR” loudly, but Hcaz couldn’t help it.  He was just born with a loud Rawr.

So, Hcaz usually scared all the other dinosaurs away.  Everyone though Hcaz was a bloodthirsty, meat-loving T-Rex but in fact he was the very opposite of that.  he loved to eat herbs, grass, trees, and vegetables.  Hcaz didn’t believe in killing animals to eat, plus it was too messy with all the blood everywhere.

One day while Hcaz was sleeping, a vegetarian thief stole all the veggies, herbs, grass, and trees.  All the other dinosaurs rejoiced because they hated that stuff.  When Hcaz woke up, he was hungry as usual and decided to eat a tree.  He set out to find a delicious looking tree, but there were none left!  🙁

Hcaz was heartbroken and didn’t know what to do.  All the other dinosaurs were happy because since Hcaz had no more food he would soon die.

One of the toddler dinosaurs named Ikik felt bad for Hcaz, she didn’t want him to die.  Hcaz has been in his cave since the disappearance of his food, so one day Ikik decided to give Hcaz a piece of her meat, she set out on a journey to Hcaz’s cave.

When she arrived, she was scared.  But she knew she had to do it.  Hcaz was sleeping when he heard her footsteps.  Usually Hcaz would have said “Leave me alone!” but he was too sad.

Ikik was scared because it sounded like thunder but she knew he was nice because he said thanks.  Ikik began talking to him and he still had a loud rawr, but she understood why.  Hcaz and Ikik talked and talked until she had to go home, but she said she would come back tomorrow.  From that day on Ikik and Hcaz were good friends all because of a piece of meat.  Until Hcaz died of starvation, that is.

Moral of the story: If you’re a vegetarian and you have to eat meat to survive, maybe you should.

Jim Tapree was a noted Iowa agricultural scientist who spent time developing a husked species of a vegetable that would be hearty enough to grow in the weather found around 23 degrees S latitude.

Seeds were planted and the growing was monitored by Tapree and the locals who were all excited about the possibility of having a vegetable that would withstand the elements and the insects. When it was time to harvest the local newspaper praised the scientist and the vegetable and hailed it as the…

Q: What would you get if you crossed Noah’s ark with a vegetable?

Q: What is a white horse with a long pointed vegetable protruding from its forehead?

A: Unicorn on the cob.

Q: What kind of adventure films do vegetables enjoy?

Q: What do you call a talk show hosted by a vegetable?

Q: What vegetable has the highest batting average?

Q: What kind of vegetables are sailors afraid of?

Q: What kind of veggies do they eat at the North Pole?

Q: How do vegetables serve their country?

A: They join the Peas Corps.