Ever think of taking a cooperative game like Gauntlet and turning it on its head to make a competitive party game out of it? Taking fantasy classics like the warrior, cleric, wizard and… um… unicorn and putting them against the dungeon and each other? Then having them compete in various game modes that support fast and furious gameplay for the sole purpose of bragging rights? Nah… neither did I, but the guys at Surprise Attack Games and Achebit thought it would be a good idea so here I am to talk about it.

Dungeon League is a competitive party game that uses fantasy tropes to paint onto a foundation of competitive gameplay tropes to come out with a game that is shiny and new. Reminiscent of classic dungeon crawlers like Gauntlet, it takes those basic 8-bit designs and turns them into a party game where you’ll face the dungeon and each other in an assortment of competitive game modes. Add to that an assortment of varied classes, quick leveling and gameplay that supports it, you come out with basic building blocks that this game is built upon.

Still in a very early build and only about an hour’s worth of content to play through, I did enjoy the bit of multiplayer madness that the game delivered. Featuring matches that only last a couple minutes at a time, the game thrusts the players into one familiar competitive objective after the next with only a bit of downtime in between. Throwing you into a randomized assortment of objective-based gameplay like deathmatch, king of the hill, capture the flag and many more, the game seems to thrive on a fast and frantic play-style meant to push the players to complete the objectives as quickly as possible. After each round, the players are then tasked with using the bit of downtime to level up their character by way of an experience and gold system that allows them to upgrade special moves and buy items to create a beefier and stronger character for their next objective. All of this comes together into a quirky party game that could be enjoyable with friends.

The problem with friends, though, is that they have to be there to enjoy them (or they don’t exist to begin with but let’s not digress into my own personal problems) and, unfortunately, that’s not always the easiest to have around. The currently-available Tournament mode, and one of the future game types requires at least two players and with no online option to speak of, it means you’d have to gather a real life party to be able to properly enjoy half of the games types for some local play. While not too much of a major issue, it still presents a problem for those that prefer to play with friends online and for those that have no real friends (cries). On another note, while the game has some personality when dealing with the in-game vendor and trainer, that same personality seems missing in the monsters you encounter in matches. It is mostly a mix of generic monsters you’d find in most media based on a fantasy setting.

While not spectacular, Dungeon League has some potential. With a helping of two cooperative game modes and another competitive game mode on the way, the game plans to add variety to your dungeon crawling fun. Gauntlet (I see what you did there) mode provides a cooperative experience where up to 4 players will traverse a monster infested dungeon on a quest to defeat the Dungeon Master. In other cooperative fare, Survival modes pits the player and others against an endless stream of monsters all for the purpose of seeing how long they’ll last against the countless waves. Lastly, Dungeon Ball seems to be the last competitive offering to round out the game, where two teams are tasked with destroying each other, upgrading their minions and ultimately getting their ball to the end zone.

With a promise of other game types and an already fun early build, Dungeon League might warrant a look upon full release in 2016.  In the end, it might just be a game worth gathering friends around.

When not writing previews as Unnamedhero, Eduardo Luquin can be reached at unnamedheromk13@gmail.com. 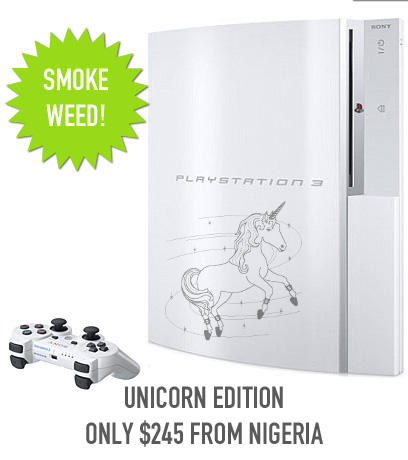 We’ll have lots of fun today
Won’t you come with me and play?

Q: What is a white horse with a long pointed vegetable protruding from its forehead?

A: Unicorn on the cob.

bongartz – n. a unicorn with blood dripping from its horn