Can’t understand some parts of the dictionary? Fear no more!

What do these things mean?

v. – verb. Usually definitions starting with “to” except for “to be.”  A word or combination of words that expresses an action or says something about the existence or condition of a noun or pronoun.

adj. – adjective. Usually definitions starting with “to be” or “the state of being.”  A word that modifies a noun or pronoun.  Modify means to limit, qualify, or make partial changes.

adv. – adverb. Usually starts with “the state of” with a verb and the description of that action.  A word that modifies a verb, an adjective, or another verb (when, where, how, how often, to what extent).  Many adverbs en in -ly.

Acronym. – the first letters of a bunch of words or phrase

Interjection. – a word that you would use to say something out loud, like “damn” or “fuck.”  A word or phrase used to express pain, surprise, anger, pleasure, or some other emotions.  Stands apart from other words in sentences.

Klingon. – a word from the Klingon language

Phrase. – a phrase that has more than 1 word in it

Ebonics. – a word or series of words used in Ebonics

Preposition. – a word like “a.”  A word that shows a relation between the word following it and some other word or group of words in a sentence.

Conjunction. – a word that combines two parts of a sentence, such as “but,” “and,” and “yet”

Pronoun. – a word that replaces another noun. Such as he, she, it.  It stands for or takes place of a noun and functions in most ways as a noun.

to understand the word more fully, you should look at that word or link to another part of Squackle! that has been provided for you within the < >s

What other things should I know about these words?

Get started on your Squackle! Dictionary experience!:

Posted on September 2, 2007 by davepoobond (DPB) Leave a comment 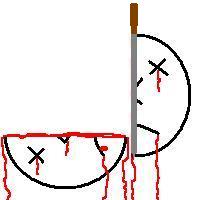 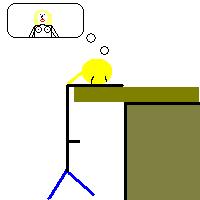 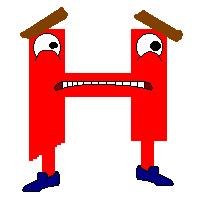 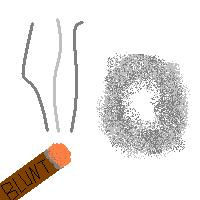 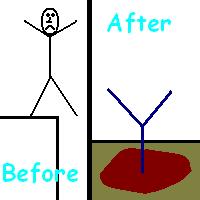 vepack – v. to submit a word to the Squackle! Dictionary

Squackle Dictionary – n. a wonderful place people go to make a definition of someone that pisses them off.

Ex. I looked at the Squackle Dictionary today and I found out a chupakabra was fat kid named Edward.

davepoobond:  Its been recently unveiled to me that the web site is not, as they say, as popular as some of the bigger/more popular web sites out there.  Interesting hypothesis I said to myself.  Then I asked myself, “ARE there other humor sites out there?”  The simple answer to that, in my expert opinion, is no.  Thus, I have proven the hypothesis false.

davepoobond:  The dictionary has finally hit a landmark.  5000 words!  It is quite amazing, in my professional opinion that so many words have been added manually, with no automatic alphabetizer except for my brain, spending two hours on each 100 words that are added to get all the words I’ve made up over the years or picked up into it.  Anyway…there’s also some other stuff…

davepoobond:  so, like, its been a while since I last updated…and um…this just so happens to be the first update of the new year, incidentally.  So Happy New Year, Happy Valentine’s Day, Happy Saint Patrick’s Day, Happy Lent, Happy Martin Luther King Jr. Day, Happy My Birthday, Happy Birthday to Everyone Who Had a Birthday Between Last Update and This Update, and all those other crappy holidays people celebrate.  But eff those holidays aliens celebrate.

davepoobond:  HAPPY BIRTHDAY TO US! Its been 6 years since we’ve been on the web in some form!  So here’s a somewhat big update.  I might add some more through the day/week, so check back every now and then.  Read through all the past updates at the Site History.

Also, somehow along the way, I miscounted the amount of words in the dictionary, so instead of 100 new words, 210 new words have been added so that there are still 100 more words from the last update.

stimpyismyname: I’ll let it go for 200 cause I like your face.

Elias: I am an Alien

Soup Nazi: My body is hair free. And my house has black mold.

davepoobond: OKAY!  Finally an update.  I’ve been busy working on other projects besides Squackle, but now that I’ve got some actual free time the next couple days, there should be more things being done here.  Not necessarily updates, but you’ll eventually notice a permanent link to Gamersmark.com on the side bar right under the Squackle shop picture, since, if you didn’t know, I’m a writer there and there is already a similar link to Squackle on that site.  So, if you’re interested in games and gaming news, check out the site, and read some of my writing over there.  You’ll know who I am if you look at the staff page, I’m sure.

I’m also going to make it a goal of mine to make it so that the big title bar that says Squackle on it will come back to this page when clicked on it by next week.  Sounds nifty, don’t it?  Yeah, I bet you think it is.

If its a fat update you want, I’m not sure how heavy this sucker is gonna be.  We’ll see how far it comes along in the next few days or so.  I guess something of the sort is warranted after three months of nothing.  Maybe I’ll put up some more submissions that have been accumulated over the years.

stimpyismyname: i had chicken and pancakes for lunch today

davepoobond: Umm humm…mmh…Looks like a lot of people are on Spring Break now because there was a huge drop in traffic all of a sudden…don’t seem to know why really….uhhh i don’t think its because of my lack of updates…is it?

davepoobond: well, finally a new year….and if you’re expecting any resolutions from me, you can just blow it out your rear. Why should I change according to popular opinion saying you need to change something you do at the beginning of the year and end up not having done anything about it in the end anyway? I turned 19 on the 5th of January. Hooray for me…19 is the worst age, you don’t get any more rights than you were when you were 18…same as 20, except 20 is one year away from being 21.

Nose: i’m afraid you lost me with the r

The Screwed Up People – davepoobond: What Should I Write About?, davepoobond: 3 Things That Make Me Feel Proud, Special, or Unique

The Screwed Up TV – I Hate Degrassi, by Return of the Dragon with an addition by davepoobond

davepoobond: you know a movie is bad when the info for the movie criticizes it.  This is TV Guide’s description for League of Extraordinary Gentlemen: Seven literary characters search for a coherent plot in this extremely ordinary adventure based on the comic book series.  There are so many wrong things with this description.  For one thing, seven literary characters looking for a coherent plot would be something that, I would make, and this isn’t the actual movie’s plot for the League of Extraordinary Gentlemen, at all.  BOO TV Guide.

I’m going to change the way I do updates on Squackle now.  Since it takes forever to make big updates, I’m going to just put stuff up in small spurts.  It’ll go by the particular day I update, and I’ll make a new update quote thing every month…let’s just see how it goes.

Soup Nazi: Is everyone still watching? Can I stop, yet? WHEN WILL YOU FUCKIN’ LOVE ME?!

The Screwed Up Country – USA: American History – an elaborate exposure to the truth, by Soup Nazi

davepoobond: Rejoice! The Bulletin Board/Forums have become fully operational! Today is also Squackle!’s Birthday, so there is an extra special bigger-than-usual (I think) update for it’s 5th, count it, 5th birthday.

stimpyismyname: I haven’t eaten a muffin in over a year. Happy fucking birthday

Elias: Five years may not a seem like a long time, but when one realizes that it’s only 13 years away from being able to legally buy a shotgun, it seems a whole hell of a lot longer, especailly since I don’t think anyone at Squackle should be allowed to carry a shotgun.

Soup Nazi: Fat gothic girls are like piles of rocks. You just don’t know what to do when you stare at them.

elmoisfurry: Happy mother-fucking birthday Squackle. America, FUCK YEA! and all that sort of shit. I also think that I should take over the body of some random animal (preferably a koala) and just fucking rip up a shit load of people. ‘Cause people suck. UC Davis is where its at, holla!…no, FUCK holla, and fuck your goddam conservative republican bullshit! Vote Bush out, Vote Grizzly Adams ’04

Holmes: Squackle loved me soo much that I contracted herpes. Thank you squackle!

Blind Bubba: hamburgers rock, but there is no ham in the burger

NEW SECTION! The Elias Account – Higher Education, and Much, Much Higher Inebriation, Why I Hate Rap Music, Exactly How Many Brain Cells do I have to Kill Before I Find Parties Entertaining?, Hanging onto Sanity by a Very Thin Thread: Why I Despise Clothing

The Screwed Up Country – The Presidential Debates 2004