Posted on February 26, 2018 by Soup Tyrant Leave a comment 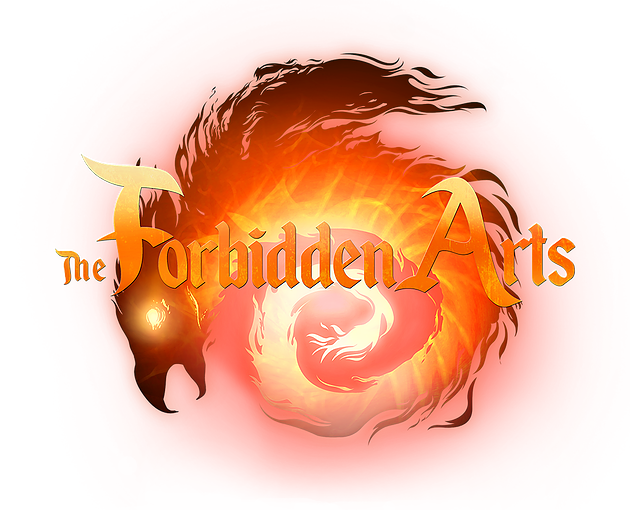 Today we’re reviewing… The Forbidden Arts… which… I don’t know where to start. That’s a lot of ellipses (that’s the plural form, get off my case), but the nicest thing I can say about it is that it runs when you start it. Everything about this is a mess, even conceptually. It was an excuse to make a character anime-ninja-run around getting their shit ruined by wolves and elves.

First off, the writing. You’re a young man having a hot-flash-inducing dream where someone says “It’s time” but in a manner that doesn’t convey urgency. I guess you’re supposed to be a guard in town, even though you don’t look anything like the other guards, and being asleep at the job isn’t really kosher. You get kicked awake by a “I have it worse” guard that recommends an ice cold glass of whiskey to beat the heat (what?) and instructs you to see the local druid (what??) because the store is closed for the afternoon. The dumb guard claims that bears and wolves are no match for my pair of daggers (what???) despite my lack of any armor, including bare arms. He was wrong, by the way: wolves in this game will two-shot you and spin on a fucking dime. Before I leave, I get to see the wimsey of the world my character lives in, including blocking outcroppings of rock everywhere you go. Seriously, here’s the first town: 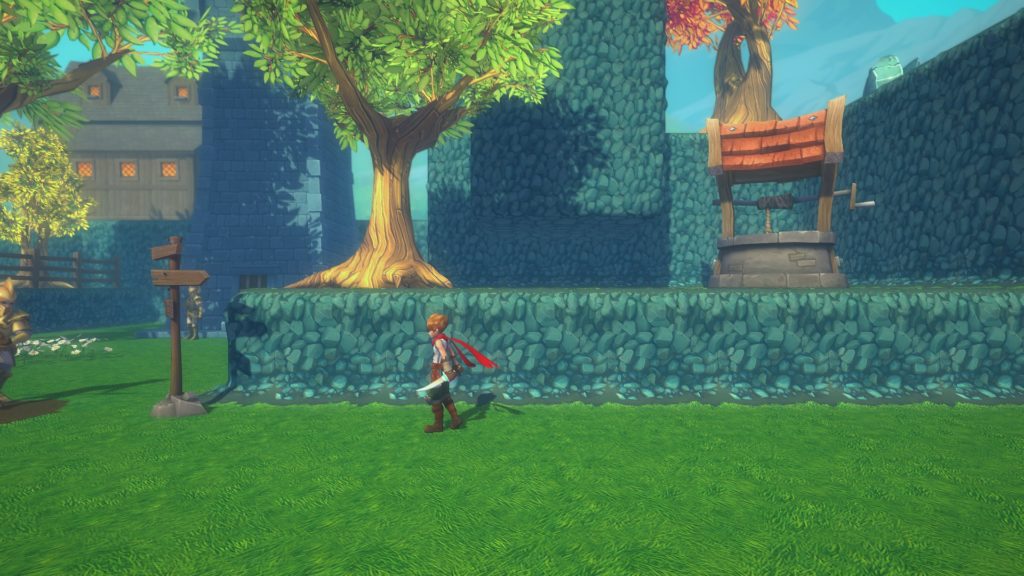 I don’t know why everything is so square, or why the well is in such an inaccessible place for most folk. After you walk out of the town, you’re sent to the overworld map area, a concept that goes as far back to Final Fantasy and Dragon Warrior. In The Forbidden Arts, the overworld map looks like this: 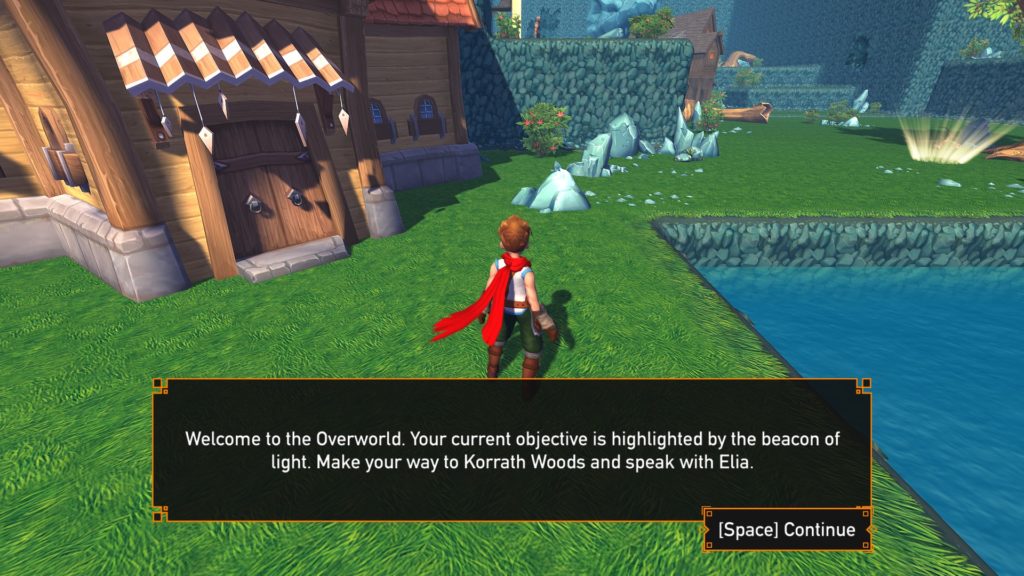 It looks like some sort of half-assed Super Mario 64 level. The town is represented by this huge-ass tavern or shop or something. The forest is a tree. That water in the screenshot will kill you, by the way, and the field of view is all sorts of fish-eye when moving around. It’s not pleasant. This alone needs a revamp, as it doesn’t feel like an overworld. Anyhow, time to go to the forest to talk to this druid, Elia. A forest makes sense for a druid, in that this is what a forest looks like in The Forbidden Arts: 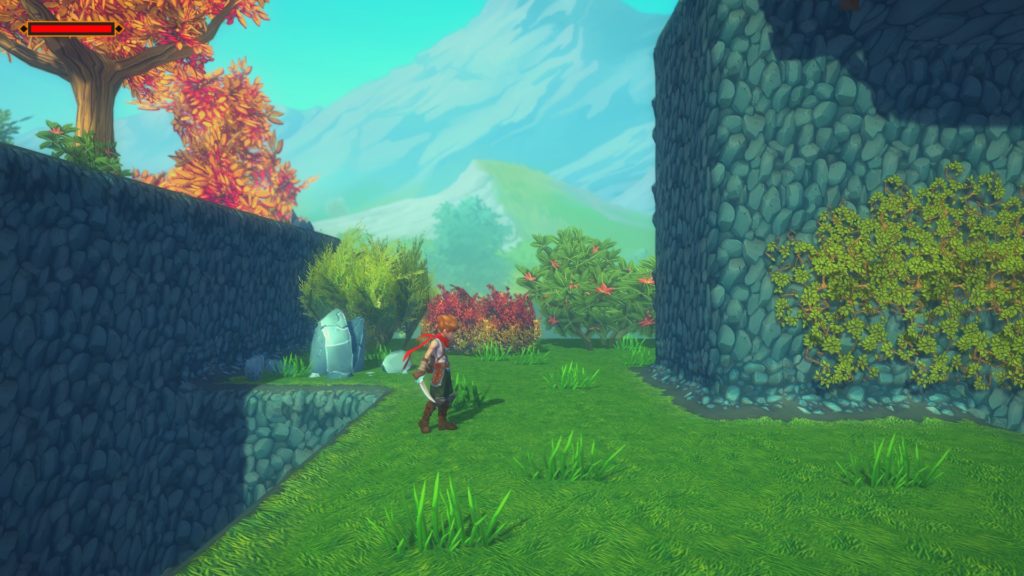 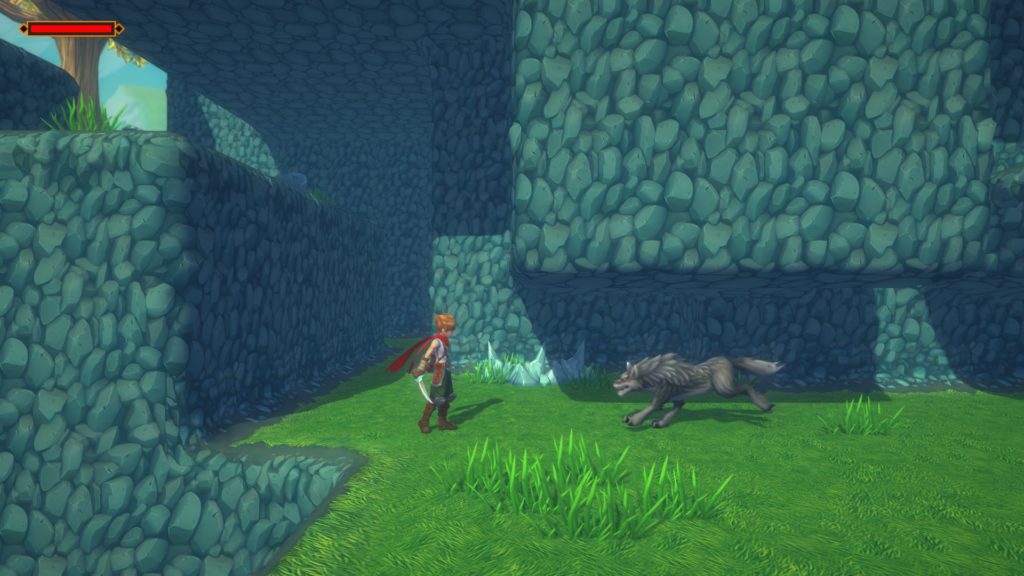 Blocky, square caves? Well, not caves; those tend to not bask in the sun. I don’t know what the hell is going on here. That wolf, by the way, is no joke. I beat Cuphead on fucking expert, and these things make me want to find some expire ipecac to guzzle. Movement is mushy, even after some supposed improvements way after the initial release. Sure, I know this is early access, but even the basics are fucked. There are dozens of examples for “good” side scrolling and platforming mechanics, even outside of the metroidvania genre itself.

After climbing on some vines I made it to the druid. Now, there’s a way to handle silent protagonists that doesn’t come off hammy or juvenile. Does this exchange pass? I’ll leave it up to you. There are six frames, you can follow the conversation by following the number in the lower corner.

I don’t know how they could make this any more happenstance, even with the injected random flashback for her. You just happen to have a dream, guard just happens to send you to her, she just so happens to know what your thing is, and it just so happens that the guards that spoke to her earlier (Why is she out here? She’s not a part of the village. She’s in the “woods.”) are dealing with the thing that you just so happen to need a feather from. Yeah, I took a stab at this quest, but I didn’t enjoy it. I gained the ability to suck up camp fires to shoot fireballs, which didn’t really seem that handy in practice.

I get it, making your first game is tough. I’ve made a few on my own in BASIC back in the day, I’ve toyed around with a few projects, but as soon as you start selling it you open yourself up to criticism. This game should never have been sold. It lacks the foundations of what make gaming a hobby that’s enjoyable or even addictive for some, and that’s not that hard to do. Set up some rules and don’t change them, give the player a goal, and give the player an avatar with a level of control appropriate for the challenges you’ve set forth. There’s more to it than that, there’s gameplay design, level design, and even, these days, in emergent gameplay design in games like Metal Gear Solid V: The Phantom Pain and The Legend of Zelda: Breath of the Wild. I think, however, that even with the basics down something can be honed into an enjoyable experience. I don’t think this game has a grasp of that.

I don’t want to be too hard on the guy making this. I know it sucks to have someone come and piss on your work, but this needs too much work to be fun, and some of the choices are so bizarre I feel like I’m playing a game version of Birdemic or Sharknado, as in choices so poor that they must have been intentionally poor choices. From the Naruto-run and Sauske stylings of the protagonist to the ho-hum plot and grotesquely cubic levels, all the way down the the mushy jumps, poor voice-acting and interrupted animations. It’s a 3D RPG Maker game with a plot written by SquirrelKing, and it runs. I’ve played thousands of hours of games. I know when something is too flawed to continue pushing through on. This is one of those times.

alpichapalon – v. to dig out your own cave in a mountain for the purpose of living in there

Q: What did snobby Neanderthals eat?

Q: What did the cavemen eat for lunch?

Q: Who’s squeaky clean and lives in a cave?