Posted on August 12, 2012 by davepoobond (DPB) Leave a comment
This entry is part 13 of 38 in the series The Squacklecast

The Squacklecast is back from yet another hiatus to recap the Olympics!  Well, only some parts of it.

The best highlight of the Olympics?  Of course that goes to Carmelo Anthony receiving a nut punch.

Soccer on the international level is grade A bullshit.  No wonder the whole world loves it because they’re a bunch of fucking idiots.  America doesn’t like soccer because its fucking dumb!!!!

And this is the Funny or Die we mentioned.  I didn’t think it was that great, but it serves to illustrate our point about Mr. Lochte.

This Danny Boyle guy should never touch another Olympic event ever.

Spice World is a great campy movie.  It has a lot of popular cameos of famous UK actors/singers.

It From the Pit will be a new Olympics game, I can feel it. 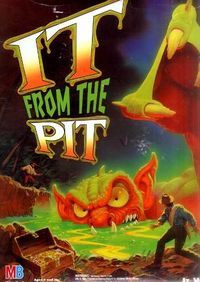 The Pile Driver with the guy’s face in the other guy’s underwear.

The 2012 Icons are pretty shitty.  They should just put words instead of stupid stick figures, wouldn’t you say?

Well, that’s that!  Finally we can get back to our normal programming on NBC that I already don’t watch.