Ever wonder how reviews worked back in the day? Whether the ancient Romans used one Roman numeral out of another Roman numeral to grade things or if big studio hits like Achilles were later compared to some startup’s The Two Gentlemen of Verona? I’d imagine there was a person or place someone could go for information on that sort of thing. There had to be experts in the field or some sort of specialty school where someone could gather the local opinion about a work of art. Then again, newspapers have been published since 59 BC and it’s possible that they had some sort of ancient Entertainment section that graded local art, plays and everything else in some way, shape or form. Opinions certainly aren’t a new thing after all and I’m sure there had to be some way to spread them. 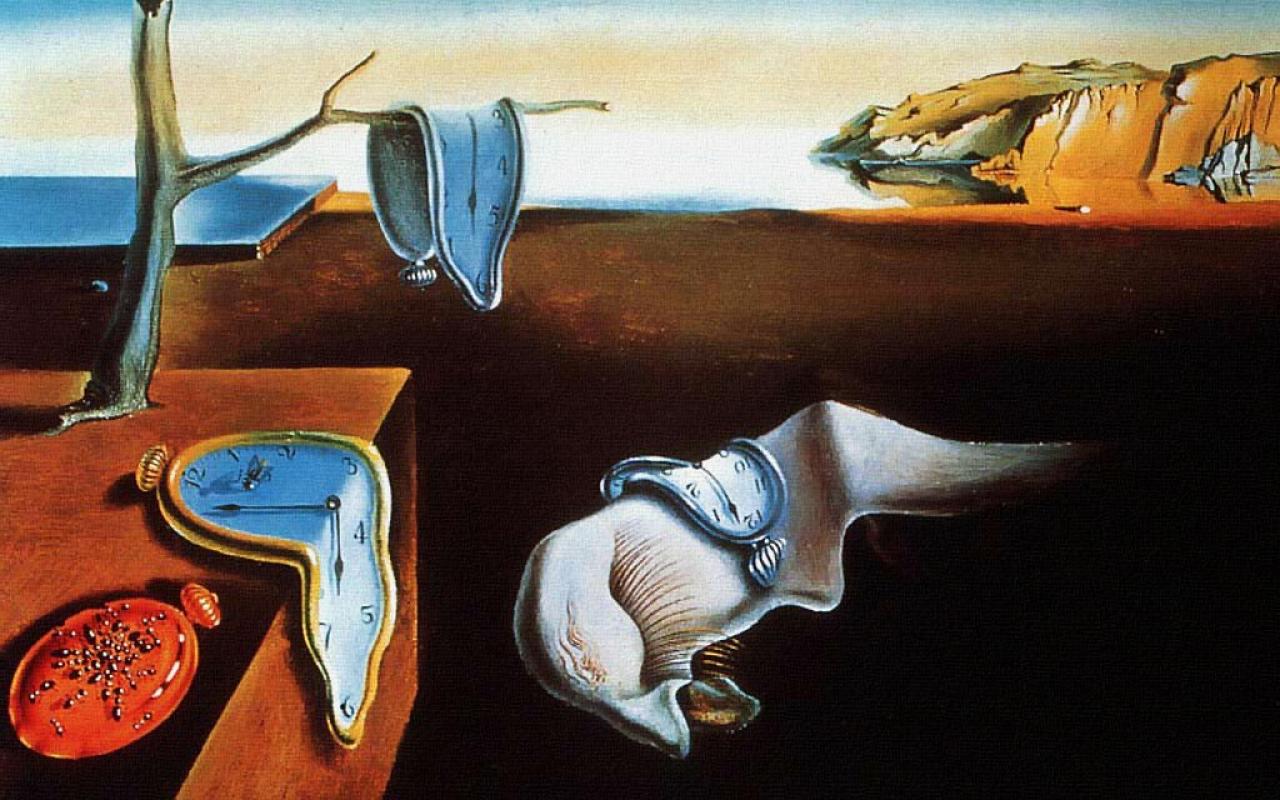 It may not have the backing of a AAA studio like The Catholic Church but Salvador Dalí’s The Persistence of Memory works as an Indie hit.

Now that I have successfully alienated everyone who didn’t get my attempt at an art joke, it’s time to review The Hunt for Red Panda. Developed by Ukraine-based Zagrava Games Studio, The Hunt for Red Panda is set out to bring something different to your iOS, Andriod or Windows 10 device. Especially since art restoration isn’t usually a video game’s main mechanic. Still, different doesn’t always mean better…

While novel in its approach, The Hunt for Red Panda was never really all that fun. Best described as a slowed down (and far more artsy) version of the Trauma Center series, the game has the player examine art pieces for inconsistencies and then have them removed by using a small set of tools. Like Trauma Center, the game has the player juggle through each tool for maximum efficiency under the time limit but, unlike it, every tool seems to work exactly the same. Every problem in the picture may require a different method to fix but those methods always involve dropping a bit of good ol’ chemical solution onto the painting, selecting the right tool and then rubbing at it to reveal the painting’s true form bit by bit. This means whether you are erasing, repainting or cutting out sections of a painting; they all require the exact same three-step process. This all leads to the very definition of monotony as you find yourself repeating the same action over and over again throughout the game. 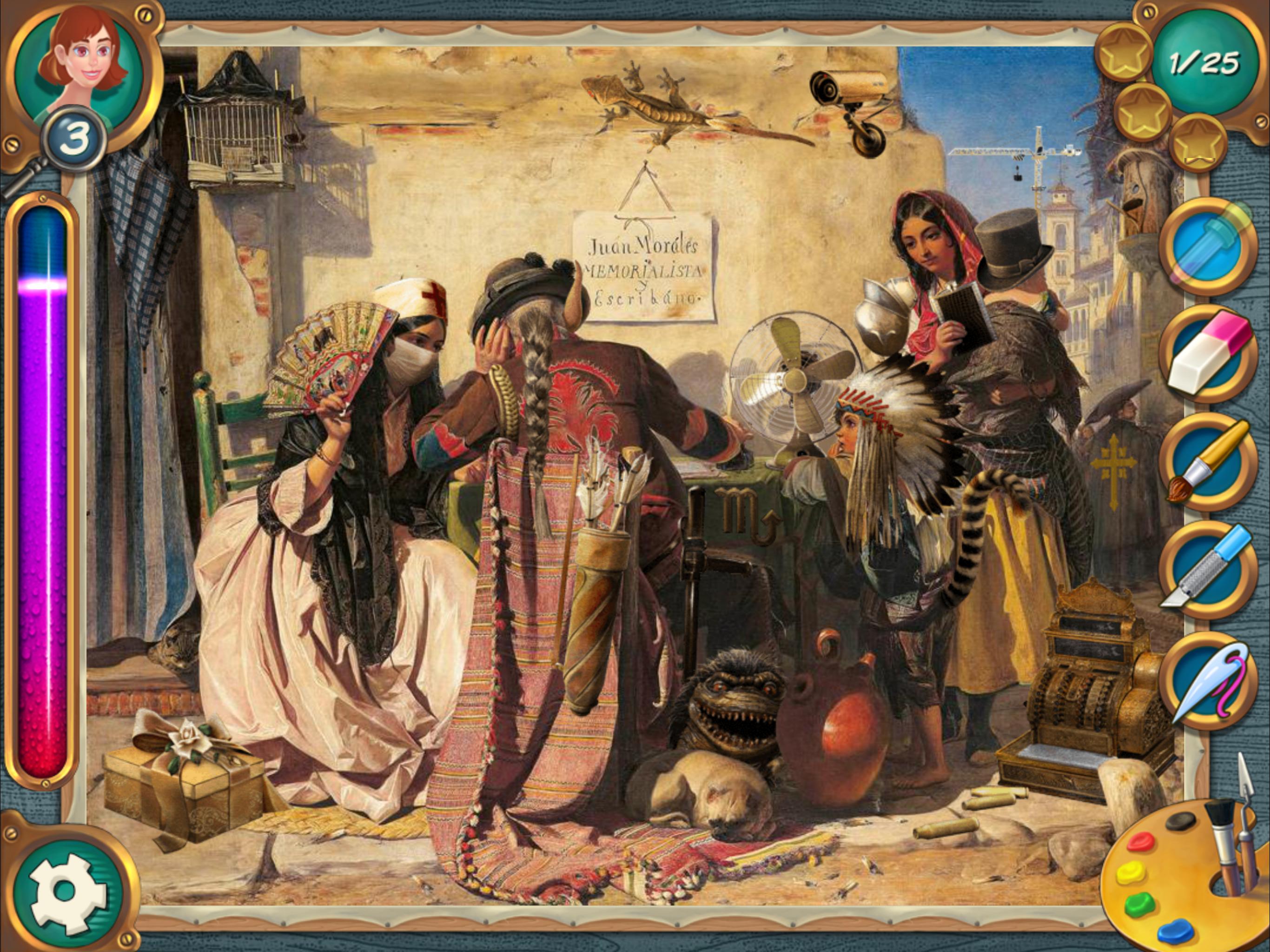 There are some attempts to break the monotony but they really only serve to mask the tedious gameplay and not as a way to fix it. Along with the typical search and destroy objective of each painting, sometimes they ask the player to find ten random contradictions within a time limit, search for the smallest inconsistencies or swat away flies while fixing the painting. While different in nature, they all end up being the exact same thing as you find yourself once again rubbing away at every problem like a young man in adolescence. (Hiyooo!) There are also a number of mini-games that suffer from the same tedium. Each is a set of repeated actions or quick little games that hardly offer anything notable other than an extra hint for your next painting. While that is helpful, since they basically point out an inconsistency with every use, they are hardly needed for one very specific reason.

This game is very easy. There are attempts at difficulty with the time limits and a time penalty every time a tool is used on the wrong object, but that hardly matters since The Hunt for Red Panda picks up exactly where you left off for every stage. This means getting the high score is a simple matter of coming back to the stage and erasing the last pieces you missed. The whole process becoming a matter of when instead of how as you are guaranteed the highest score with enough playthroughs. Furthermore, the amounts of hints per stage resets every time you revisit, meaning that even the worst player can eventually achieve the highest score. 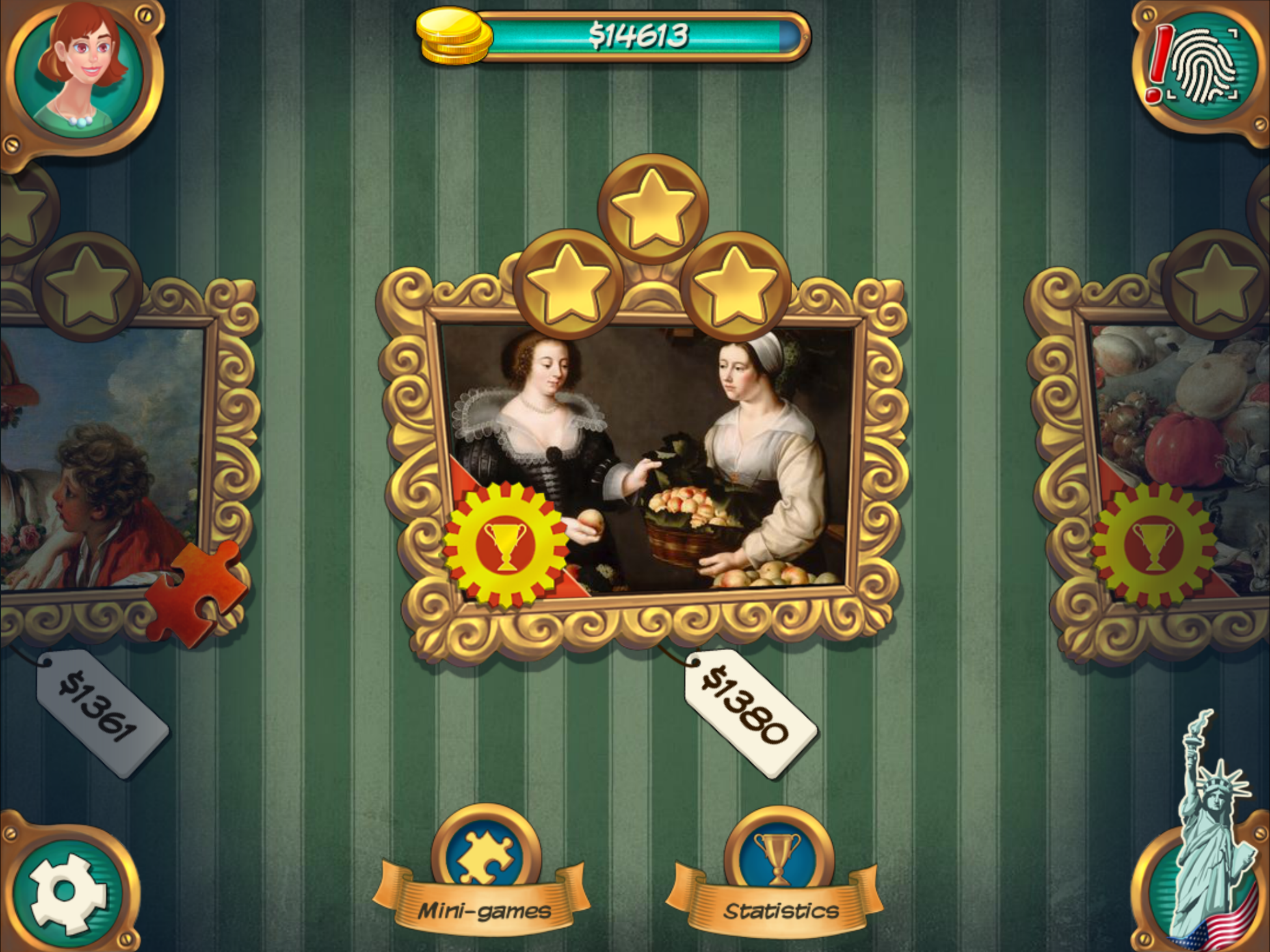 Don’t feel too good about those three stars, they’re the game’s equivalent of participation trophies.

In terms of graphics and sound, The Hunt for Red Panda does fine on both counts. Each art piece is well represented and the inconsistencies always match the style of the painting even if they do look out of place (but that’s sort of the point). There is no real flash though, so if you are expecting to look at something other than the pretty artwork, you’ll be disappointed. Otherwise, the music and sound effects aren’t all that bad either. Neither is grating on the ear nor are they going to win any awards for sound design. Overall, there is nothing really to hate here.

The Hunt for Red Panda may be different but unfortunately it isn’t better because of it. Marred with repetitive gameplay and a very low bar when it comes to difficulty, the game gets very old very fast. While there may be something here for those that have a deep appreciation for art, I can’t imagine this holding the attention less art savvy folk for too long.

When performing the same task ad nauseum as Unnamedhero, Eduardo Luquin can be reached at Unnamedheromk13@gmail.com.