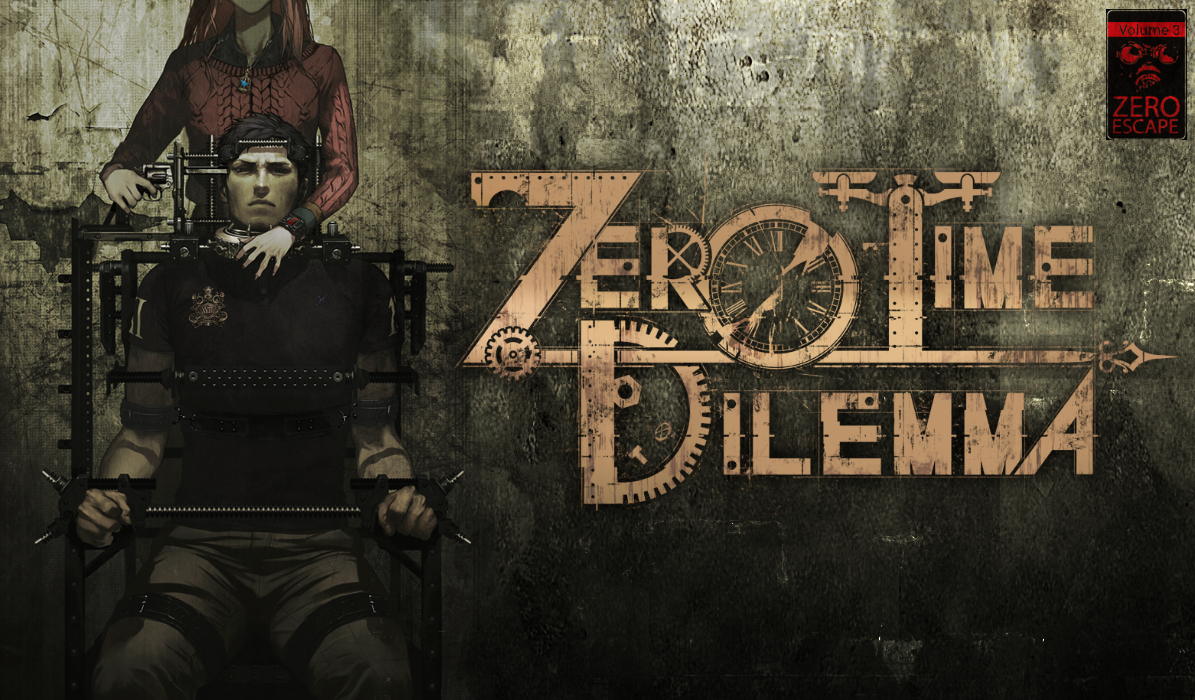 Hey everyone! It’s your friendly neighborhood Squackle writer here to mention that Zero Time Dilemma is out today for the 3DS and the Vita! For those in the know, I’m sure you have been eagerly awaiting the exciting conclusion of the series, and for the uninitiated, a primer is incoming.

Zero Time Dilemma is the third adventure game in the Zero Escape series. Starting with Zero Escape: Nine Hours, Nine Persons, Nine Doors (mo’ problems), and succeeded by Zero Escape: Virtue’s Last Reward, the titles take place in a world of pseudoscience where several people are forced into demented escape the room games involving supernatural powers. One part character drama, another part science fiction tale and two parts Saw (the movie); the Zero Escape games centers on themes of trust, betrayal and the limits of the human conscience when put under severe duress. That’s not taken lightly either, you often have to make terrible decisions that cause the deaths of several people to get the full story and this newest entry in the franchise seems to continue this trend with a blood-soaked vengeance. 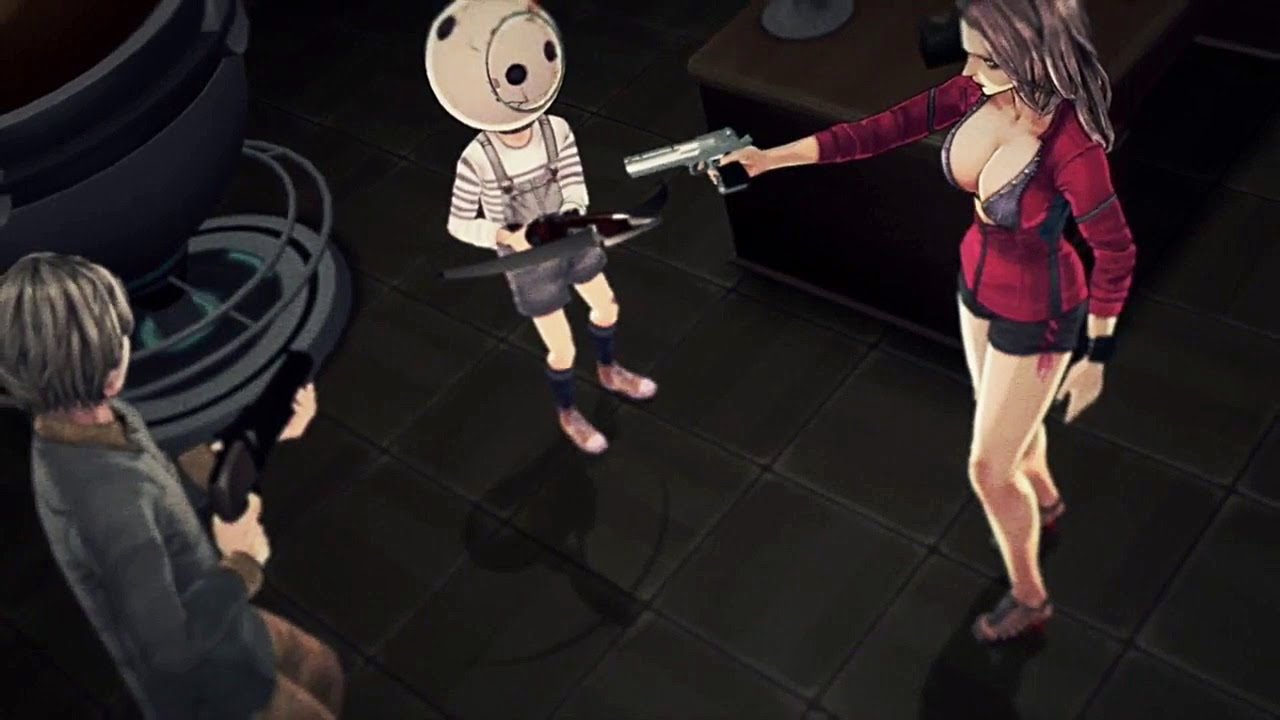 Fun for a whole dysfunctional family!~

Taking place in the near future, Zero Time Dilemma is set in a secret compound in the Nevada desert. The nine main characters of our story are originally sent there to simulate a manned-mission to Mars, but things go awry once they find out that the whole compound is booby trapped. Even worse, a mysterious figure known as Zero appears and announces the start of the dangerous Decision game. Claiming that the survival of our nine main characters, himself, and the several billion people on Earth hangs in the balance, he forces them through a game where the only way to escape is by gathering six passwords to open a door. The catch is that the only way to gather the passwords is for six of them to die; each password equaling one death. Pretty hardcore, right? I didn’t even mention the part where each participant wears a bracelet that carries a mind-altering toxin that causes them to forget what happened in the previous 90 minutes or that it’s conveniently set to inject them every 90 minutes. Beyond that, there is also an insane cult with a disease that threatens to kills billions. Though, don’t expect the twist and turns to simply stop there. This series has a tendency to lift the rug right out from under the player.

For fear of spoiling anything for those interested, I’ll stop here. Just know that there are three games in the series and each one is well worth your time. So whether you begin here, start at the beginning or jump in somewhere in the middle, you are bound to have a good time with the enthralling narrative these three games have spun. Overall though, I’m sure I’m not the only one happy about getting a conclusion to this wonderful series of games.

When not participating in deadly escape the room games as Unnamedhero, Eduardo Luquin can be reached at Unnamedheromk13@gmail.com.