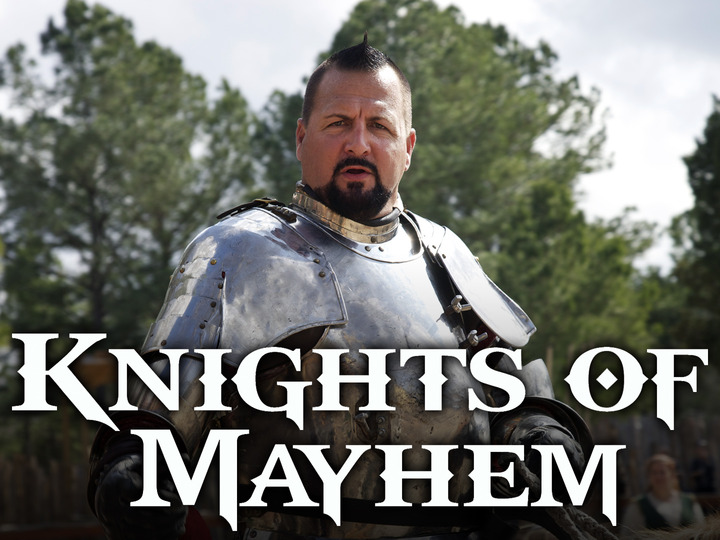 A show about jousting. Doesn’t get much more exciting than that. Except maybe shows about pinball, cake walks, knitting, and the pawn shop show with that delightful Chumlee!

Knights of Mayhem follows jousting captain and “World Champion” Charlie Andrews as he dons a full set of metal armor and gets medieval (literally) on the other couple of people that engage in this idiotic activity.

Charlie is apparently very experienced and has given up everything, including his family, to do this for a living. This proves that he has major priority problems and various mental disorders, possibly stemming from seeing his paw get runned over by horses as a child.

I don’t care who you are, what you look like, how long you’ve been doing it, whatever. If you’re a grown man wearing armor and hitting other men with sticks, you’re a jackass.

What happened to National Geographic? When I was a kid it was all about half naked African women riding elephants. I guess a good thing can’t last forever. I give this show a THUMBS DOWN.