Posted on April 9, 2018 by Soup Tyrant Leave a comment 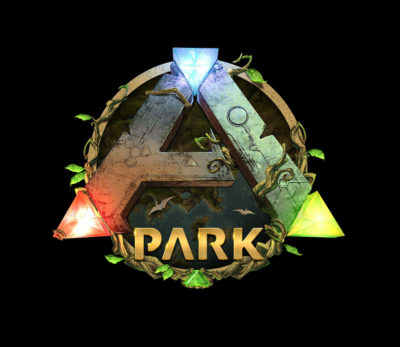 You’d think a Jurassic Park sort of experience would be a shoe-in for a decent VR experience, right? Go to a park, see huge dinosaurs, maybe run away from some. What’s that, you say? “But what about crafting and collecting bullshit“? Sure, why not? “What about terrible voice acting and jerky animations“? I dunno, man. This is starting to sound like a crappy game. “What about spelling errors, wrong dinosaur scale and aimless gameplay“?

ARK Park is a VR game using assets from another game with a similar name, ARK: Survival Evolved, which is a sandbox game where players wake up on an island, harvest resources, build bases and tame and fight dinosaurs. The parent game is a decent title with some kind of annoying DLC practices and constant feature creep; there is very little in common in the ARK Park flavor of digital entertainment, besides dinosaurs and the models used to represent them. Not a problem in itself, but to avoid confusion I think it’s important to point out that this is not ARK: Survival Evolved in VR. Also, be aware: though somewhat standard (though unimpressive) for VR, the game only makes use of teleportation for player movement. There are no free movement options, nor is there comfort options for teleporting, outside of moving around in room-scale.

The tutorial has you battling the ambient loud sounds to hear some robotic dragonfly (with some terribly robotic voice-acting) bark some commands to you. As you step out of some shuttle, you’re asked to get into a tram while dolphin noises, that must have been recorded from a TV, play over the tram’s loudspeakers. Some unnecessary dialog is thrown at you as you watch a mosasaurus jump out of the water. Finally, you get to the park where you’re greeted with a loading screen as you go up the stairs. In the next area, a lobby of sorts, there is holographic stuff you can bore yourself to tears with as the robot forces you to pick up and throw small holographic dinosaurs at a display, or just around a map, before being guided to command and feed some more of them. As an educational experience, there’s minimal here aside from a display that’ll narrate a small selection of descriptions on some choice dinosaurs. Not a lot going on besides that.

Eventually, you make your way to a camp where you grow a dinosaur and feed it, and are given a crash course on the inventory and storage. Before long I was “riding” on top of my triceratops through some section of forest (an “on rails” section) while some bullshit happens to the mind controlling devices that make the dinos slothful and passive. Someone commandeers my annoying robo-dragonfly cohort and tells me I’m an idiot and I should risk my life to save the park by repairing the brain washing devices. Why one exploded isn’t really delved into, nor the fact that dinosaurs are routinely aggressive to each other. I mean, how effective are they if you can see two huge gorillas fighting over a cliffside, or a T-Rex chasing some fat pig thing around? Anyway, I’m instructed to go to another area and use some sort of DNA sequencing gun (Isn’t this a park? Didn’t they make these things? Why don’t they have the DNA on file?) to collect genes in order to make a pistol. For materials, I’m entrusted to use gloves that make my hands monstrous to collect berries and grass, and a pickaxe to collect wood and other materials.

I craft a gun, presumably from the berries, and go to the practice range, where I proceed to bullseye all the targets while the robot follows me around telling me that she hopes I shoot better when my life is on the line (seriously, the tutorial is just crammed so fucking full of bad writing that most of it isn’t even memorable). I warp to some contraption that the robot needs to fix while I shoot dinosaurs. Despite the strange reload mechanics, which is shake to reload or suffer a painfully slow auto reload, I manage to kill everything without an issue. We win, and she pulls out some fuckin’ Leeroy Jenkins line from the mid 2000’s in an attempt to undermine my accomplishment. Someone at Gearbox probably finds this shit funny and engaging, but I’m already looking forward to taking off my Vive.

The main game has much less in terms of guidance or goals. Considering I don’t really give much of a shit about dinosaurs, since I can proudly say that puberty only left “space pirate” behind in my list of interests during the transition to adulthood, those goals are still a mystery to me. I don’t get why I’d want a Triceratops, or why I’d want to spray paint graffiti (no seriously, it’s part of the tutorial) or what I’d want a machete for.

After you’ve created a player with an eclectic assortment of clothing ranging from “generic cowboy” to a ghillie suit, you’re dumped in to the same area of the park where the game began: the tram. These sequences are exactly the same on the second pass in, by the way. I use what I learned from the tutorial to skip all the monotonous parts of the park and go back to the “exploration” areas of the game. These areas are places where you collect resources, scan dinosaurs and sometimes throw a rock at something. The scanning mechanic is really stupid — the gun needs to be aimed at the head of whatever is running past you or whizzing by your face as it flies through trees or over obstacles. Scanning these animals will give you “genes” which are used to unlock things like a machete, a bow, a torch, or other tools. Your guess is as good as mine why they landed on this mechanic.

Now, I know this game’s plot is paper-thin, but for all this talk about making dinosaurs docile using mind control stuff, I think it’s important to note that the dinosaurs sure fucking fight a lot in the wild. It just seems weird to have the tutorial hinge so much on that aspect and have there be no discernible link between that idea and the dinosaur’s behavior when you’re out exploring areas. Maybe it’s because you’re not fixing them, but it’s still odd.

I’m not sure if the hot-air balloon was rideable, but there was a section where I could ride in a jeep with the most canned fuckin’ one-liners hurled at me every few seconds. Dinosaurs of varying sizes and temperaments would block the road while the driver complained each time, as if I had unknowingly signed up for a VR ride-sharing program. A carnotaurus would slap the jeep and he’d whine about how annoying they are, when he should be complaining about how small they were. He’d zip between a bronto’s legs, slicing off mounds of cheese before unloading a jar of cheez-wiz when the gigantosaurus flopped for ten seconds, presumably to give me a spook. Honestly, this shit belongs in Disneyland with all the other crappy, over-acted attractions with no interaction.

I spent some time digging around my inventory and crafting station, and found that because I didn’t have a better copy of the game, there was an item that I couldn’t remove, bitching at me to buy the deluxe version of the game to use it. Thanks. Good to know that ARK is becoming more saturated with this kind of annoying bullshit. Meanwhile, it had no problem promptly accepting the other egg I was given into the trash, rather than my inventory slot that was near it. My fault, sure, but I didn’t pick where the inventory spots spawned over, nor did I think it would just go right through into the trash. You never know, I may have wanted to grow that thing.

I gave a “battle” level a shot, which was much like the tutorial: I guarded a machine while dinosaurs rushed at it. It seems just getting close to the machine is enough to damage it, so I intended to blow everything that moved away the moment I saw it. It was pretty easy until a Megapithecus came, stomped me, and three-shot the tower. This was the “easy” level, by the way. I’m not even entirely sure what I should have done differently, as he jumped down, towering above me, slapped me into submission, and took out the tower while I was out of play. This game has multiplayer, but it wasn’t clear if I’d come back from that or not by myself. VR wave shooters are really, really common. It takes a particular level of polish or ingenuity to get a pass for this, and ARK Park just doesn’t deliver.

The game is rife with spelling and grammar errors at every turn, from frogs that are a “Titanboa’s favorite desert” to an error in some machine that claimed “Species data that can not be loaded.” Even their Tek Package ad calls the Mech T-Rex “Iron steal.” This game’s not very deep, it’s not hard to come across all of these. With added things, like the comically large “gloves” used for harvesting bushes, jerky animations on some dinosaurs and “pulling” vines, strange dinosaur scale and crappy gameplay, I’m convinced this went through a limited QA run and was shoved out to appease the folks that were waiting for this, all four of them at Gearbox that were really waiting for that “.333 repeating chance” of success joke to land. This is what passes for writing these days. Speaking of which: hire me and fire your writers. I could use the dough, and the mess you’ve got here is bordering on needing FEMA relief (side note: unlike FEMA I’ll actually deliver).

Why this is an ARK game eludes me. If anything, they should have dropped all the crafting and pointless stuff and focused on being even remotely educational with some mini games around that. At least then it’d have some merit of its own. This doesn’t really play like an ARK game, it doesn’t have the same goals as one, and it’s much less fun than the game that it is based on, but has shoehorned in crafting and gathering ’cause “that’s what the real one does”. It’s painfully and obviously forced. In fact, if they just added VR support to ARK: Survival Evolved, even as limited as HMD support with mouse/keyboard or controller, there would be something considerably more enjoyable to toy around in.

If you’re looking for a dinosaur game, play ARK: Survival Evolved instead if you can stomach the semi-rough experience. Otherwise, save the $40 you’d waste here and go buy scratchers or something.