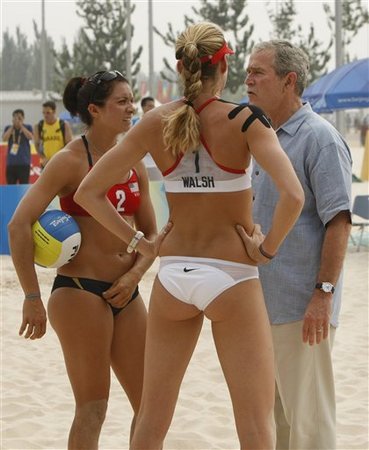 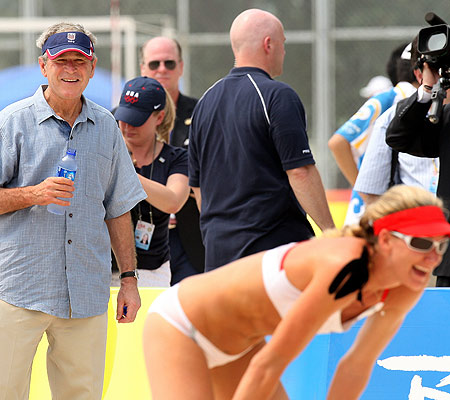 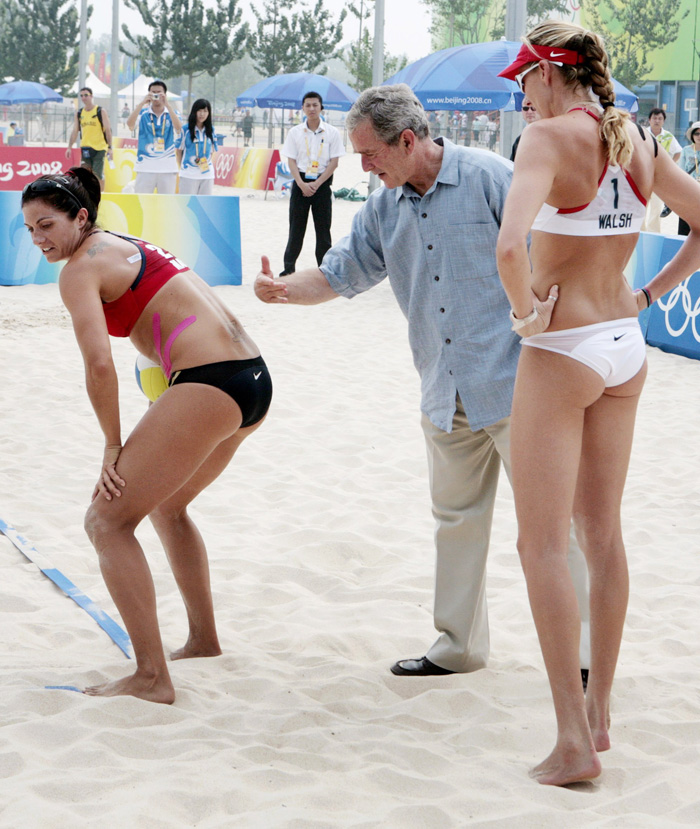 Parody of “If You’re Happy and You Know It.”

If You’re Happy And You Know It – Bomb Iraq
If you cannot find Osama, bomb Iraq.
If the terrorists are frisky,
Pakistan is looking shifty,
North Korea is too risky,
Bomb Iraq.

If we have no allies with us, bomb Iraq.
If we think that someone’s dissed us, bomb Iraq.
So to hell with the inspections,
Let’s look tough for the elections,
Close your mind and take directions,
Bomb Iraq.

It’s pre-emptive non-aggression, bomb Iraq.
To prevent this mass destruction, bomb Iraq.
They’ve got weapons we can’t see,
And that’s all the proof we need,
If they’re not there, they must be,
Bomb Iraq.

Your Mother and Father Are of the Same Genetic Background.

Last Night You Enjoyed Carnal Pleasures With Your Sister.

Your Intelligence Quota is Dubious at Best.

For a Moderate Fee I Believe Your Mother Would Fellate Me.

You Have Had Intimate Relations With a Person of African Descent and You Shall Never Know the Love of a Caucasian Again.

You Look Upon Your Dog With Lust.

Methinks You Have the Odor of Fecal Matter Upon You.

I Partook in Intercourse with Your Sister’s Derriere.

The Acne on Your Face Spreads Throughout Your Nether Regions.

The People of France Know Not the Joys of Deodorant.

A Hamster is Superior in Intelligence to Your Mother.

For An Evening of Sordid Delights Involving Both Sadism and Masochism, Please Ring Mary at 212.555.5555.

Ryan Beaugarde is Inadequate in the Ways of Oral Enjoyment.

Your Sexually Promiscuous Mother Can Be Found in the Phone Book Under “Whore.”

Homosexuals Are Men Who Have Intercourse With Other Men. If You Participate in Such Activities You Are A Homosexual.

Your Father’s Proclivities Lead Him to Engage in Relations with Livestock.

President Bush is Missing a Chromosome.

The Toilet Upon Which You Currently Sit is Sprayed with a Mixture of Vomit, Feces and Urine.

President Bush and Colin Powell were sitting in a bar. A guy walks in and asks the bartender, “Isn’t that Bush and Powell sitting over there?”
The bartender says, “Yep, that’s them.” So the guy walks over and says, “Wow, this is a real honor. What are you guys doing in here?”

Bush turns to Powell, punches him on the shoulder and says, “See, dummy! I told you no one would worry about the 140 million Iraqis!”

“George Bush is an umbrella”

“push Bush into the bush!”

Q: Why did all the faggots vote for Clinton?

Q: How will everyone remember Bill Clinton in history?

A: The President after Bush

Posted on September 28, 2007 by davepoobond (DPB) Leave a comment

In case you forogt, this is the “Group of 8” Meetings that happened a while ago.

First, lets talk about how much George W. Bush sucks at being president. My pinky could run the U.S. better than that prick! At least my pinky never touched cocaine………or so I think….. and HE’S GONNA PUT US INTO WW3 because of his fuckin ballistic missile shit! We should launch HIM into the air and blow HIM up like a ballistic missile! That’s the only goodness we’d get out of that system! Here’s a little reenactment of Bush. Sr. talking to his son about the Ballistic Missiles:

Bush, Jr.: “Not my sack daddy, please stop smacking them around”

Bush, Sr.: “I TOLD you that i won that war a long time ago! Haven’t you seen that fancy pancy movie Three Kings?”

Bush, Jr.: “Ballistic missiles are fun to watch blow up Russia with! even though i had gay sex with the leader of Russia- ooooopss!”

Mrs. Bush, Jr.: “George! how DARE you! and without ME! I told you to not do anything sexual with any of the foreign leaders unless i was with you!”

Anyway. onto the G8 Summit…These are random things that could have happened during the meetings….

(Bush, Jr. plays with 2 missiles, making them fly in the air, and then have them crash into each other, throwing the pieces at the members of the G8 Summit committee)

Bush, Jr.: “…and so ends my explanation on the Ballistic Missiles”

Bush, Jr.: ::nudges the President of France next to him:: hey, sugar….wanna come back to my place?

::Leader of Japan is talking about how Pokémon is good for the heart and soul, when….

A WHOLE GROUP OF MALE WHORES COME IN!!::

Posted on September 25, 2007 by A Squackler Leave a comment

This is a simple topic, he is an idiot. After being in office for a little more than a month he already decided to bomb another country. He only does what his father wants him to do. I mean who is our president? Old George or George JR? I truly believe that Al Gore should’ve won the race for president but I suppose there is nothing we can do about it.