Let’s face it, no one gives a damn about NASA anymore – until now. After the space race, and the controversial “moon landing” 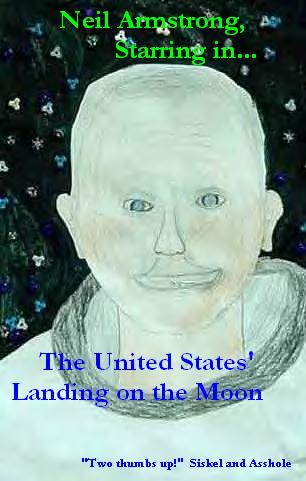 no one gave a damn anymore about NASA, because nothing important was happening. Slowly less and less of us cared about what the whole space program was doing, so why not have a little tragedy to remind people about NASA?

I would bet that this goes only to the high commanders of NASA. They don’t tell anyone and also pay off anyone that knows about a little “sabotage” that would make the Columbia blow up upon re-entry. It was probably lucky for them that a piece of foam fell off whatever it fell off of and hit the space shuttle. I find it kind of hard to believe that a piece of foam would do that, unless it weighed at least 500 pounds, and just happened to hit a weak panel on there that was cracked already. What would a measly 7 lives matter to the billions and billions of dollars and regaining the public’s appreciation after a 20 year hiatus? Absolutely nothing.

There was a great plus to having shuttle and human remains scatter over 2 states. Millions of people will feel for them and NASA then, too. What a great country this is. Blah page filler.